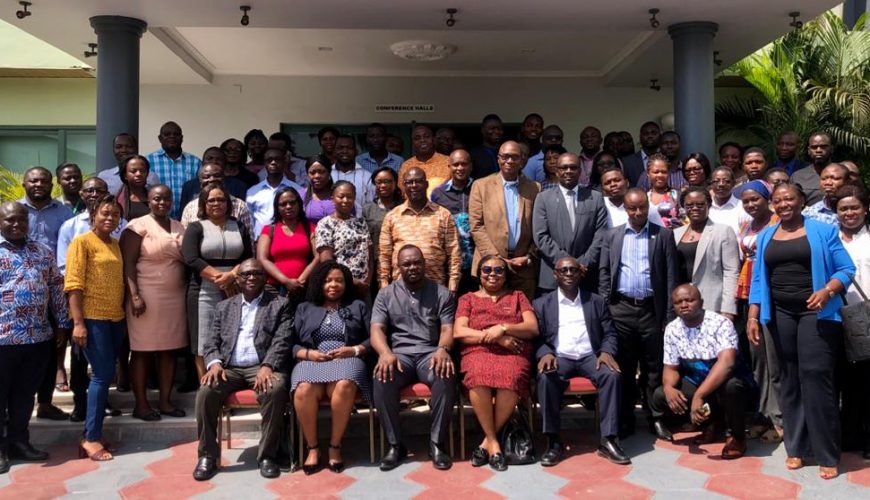 The Public Procurement Authority (PPA) has organized two sessions of Contract Administration Workshops for goods and works for procurement practitioners, review committees and personnel of oversight bodies at Crystal Palm Hotels on 25th-28th November, 2019 and 3rd -5th December 2019. The workshop was targeted at personnel who undertake day to day Contract Management in their respective institutions with skills in Contract Administration.

Speaking at the opening of the workshop, the Acting Chief Executive of PPA, Mr. Frank Mantey stated that the training will equip practitioners with the essential skill to help them avoid the unnecessary time and cost overruns that are associated with managing public contracts.

A procurement officer of the Environmental Protection Agency (EPA) Mrs Thermutis T. Zogblah, indicated satisfaction as she expressed her pleasure in the training. She stated that, by the end of the training, she would have better knowledge in the contract administration and management process.

There were also participants from the Western, Volta, Northern and Ashanti Region.

The Public Procurement Authority (PPA), since its establishment, has instituted a number of pragmatic and far-reaching initiatives aimed at ensuring maximum returns of the taxpayers’ money. These have resulted in notable achievements. In spite of these, the procurement system in Ghana continues to grapple with a number of weaknesses and bottlenecks, including weak procurement capacity in both the Public and Private sectors as well as third- party monitoring organizations. These challenges can be attributed to the absence of credible arrangements for Contract Administration. As part of the strategies to address the above challenges, the PPA with support from the African Development Bank (AFDB) in 2011, commissioned a consultant to develop detailed Contract Management Manuals for Goods, Works, Consultancy and Technical Services that would guide the training of Procurement Practitioners, Contract Administrators and Service Providers.